Editor’s Note: Christina Yiannakis checks out what young women at Melbourne University are doing to address the gender pay gap issue when they enter the workforce.

In 2009, the Australian Bureau of Statistics reported that 34% of Australian men and 40% of Australian women aged 25-64 years had a tertiary qualification.  That is a lot of well-qualified people, women in particular.  However, despite statistics indicating higher employment rates for tertiary educated students, as well as better pay and work conditions, women still seem to end up at the bottom of the pack when looking for employment and striving for equal pay. You can check out a recent article on Australia’s gender pay gap discussed at the Executive Women’s luncheon recently.

Complaints, campaigns and appeals for government support are ongoing, however, movements within universities themselves often slip under the radar.  Well ladies, for now you can rest a little easier knowing that the youth of today are uniting to fight for what they rightfully deserve, and they are pulling out all the stops to do it.

I was lucky enough to attend the Network of Women Students Australia Conference, better known as NOWSA, held at the University of Melbourne.  Established in 1987, NOWSA is a woman-only event held at a different university across the country each year.  Fittingly, this year’s theme was “Problem? Patriarchy! Solution? Smash it!”

OK, so that does sound a little intimidating for some of the boys out there, but unless you’ve locked yourself in a room for long periods of time in order to stack Kleenex boxes in a Howard Hughes style breakdown, you would probably have noticed that the ladies are getting a little fed up.  As such, this year’s NOWSA focused on skill development and proactive workshops to give female students the ability to stand up against the patriarchal forces that be, and demand equality at home and work, and all the places in between.

Organisers Amy Jenkins and Mercedes March from the Student Union Wom*n’s Department, went all out to fill the four-day conference with speakers and workshops.  Highlights included Leslie Cannold, who gave us a thorough run down on the legal (or not so legal) status of abortion in Australia across a variety of states, Kerry Greenwood, who blessed us with a wonderful description of how she discovered her storytelling ability, and Melba Marginson who enlightened us on how she assists female migrants and how we can, too.  To really drive home the message that women need to get vocal and mobilise in order to get rid of that damn gender pay gap, Wil Stracke also came in to take us step by step through the process of organising a large-scale workers rights campaign.

I haven’t even mentioned half the speakers, or any of the workshops for that matter. However, the most important thing that came out of the conference was not just the lessons we took away from the experts, it was the lessons we learned from each other.  I don’t want to sound all soppy or anything, but having a space in which you can express your feelings and ideas freely is one of the most important things you can find, and it just isn’t available for many women.

What NOWSA did was provided a forum to speak openly, and from the heart, about our thoughts and feelings on specific subjects.  Sometimes it was difficult to listen to, or hard to understand, but we each did our best to leave our judgement at the door and open our minds to what others had to say about their experiences.

I personally took away a few very important lessons from NOWSA. The most important of which was how language and the titles we use to describe each other and ourselves mean different things to different people.  For example, not everyone understands and relates to the title ‘feminist’ the way I do, and it is important to understand why.  It is not because they don’t believe in the equality of men and women, and it certainly isn’t because they assume feminists hate men.  Rather, it is because in the long history of the feminist movement, some groups of women have been underrepresented, misrepresented, or not represented at all for social, economic or cultural reasons.  For those of us that do embrace the title ‘feminist’, it isn’t our job to question women that don’t. Rather it is our job to give them the reigns, step aside for a little while, and support them as best we can in their fight for equality.

It was a fun week, an enlightening week, and a challenging week, but ultimately this year’s NOWSA delivered the goods and we all left feeling more enlightened, more unified and better equipped to face the challenges our public and private lives will bring when we leave university.

For more information, check out NOWSA.

All photos by Sally Whyte for Farrago Magazine. 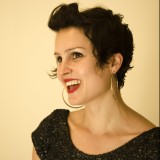 Why Women On The Go Don’t Sleep

Alisa Camplin: Sticks and Stones Will Break My Bones

The ABC of Creative Entrepreneurship