I recently had the pleasure of attending a networking function hosted by Maroondah City Council which featured the insights of successful networking.

Forget everything you used to know, because what I am about to tell you may shock you!

Featuring the inspirational Deb Peppard, Director of HR Staff n’ Stuff, the topic was about using networking functions to build connections rather than just sell.

“Forget the 30 second elevator pitch, instead find areas of interest and don’t try too hard to sell yourself,” expressed Deb.

Statistics presented throughout the evening revealed how an overwhelming amount of people who attend networking events aren’t there to buy, but rather to sell their product.

“We are exposed to 3,000 plus marketing messages a day. People don’t go to networking events to be bombarded with more messages. They go to meet like-minded people,” urged Deb.

If this is the case, it is clear that networking is not failing us, but rather we are failing it.

The biggest tip Deb shared was not to be short-sighted. You never know how valuable the person could be in the future. Instead realise that the potential of networking is NOT generated through selling but rather through developing common areas of interest.

“By having a genuine connection with someone you are more likely to recommend or be recommended by that individual,” concluded Deb.

Since taking Deb’s advice I have seen a positive shift in the success of my networking endeavours.

So why not try it out for yourself? 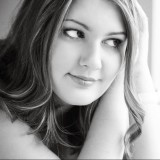 9 ‘X’ Factors For A Life Of Meaning And Purpose