Heather Anschau
0
Featured, Woman of Influence
On the shoulders of giants, Rhondalynn Khorolak

Her biography reads like a Hollywood movie and on first appearances Rhondalynn Korolak is the ultimate protagonist, with glossy golden hair, sparkling blue eyes and a dazzling white smile. But, underneath the shiny exterior is a woman whose resilience, determination and passion has made her one of the most respected authors, speakers and business coaches in Australia.

Although the future for Rhondalynn is looking bright, it hasn’t been an easy path. At just 24 years old, while finishing her law degree in the Canadian city of Calgary, Rhondalynn received a phone call that would change her life. Her mother had been murdered in a violent attack organised by her brother in an attempt to claim insurance money and his inheritance.

Despite completing her law articles, Rhondalynn was too traumatised to step into a courtroom again after giving evidence against her brother at the murder trial. It would be understandable if Rhondalynn’s story ended there, at what most would describe as the lowest point of life – but instead this resilient beauty refuses to be defined by circumstance.

She explains, “I can’t imagine going through any event in my future that could even compare to this – so I have the inner strength of knowing that I can overcome adversity and eventually make it through anything.”

It is this determination and optimistic outlook that led Rhondalynn to leave her Canadian homeland and start afresh in Melbourne, where she studied clinical hypnotherapy and neurolinguistic programming- qualifications which give her the ability to help others overcome personal and professional challenges.

With an impressive resume, including executive positions with Price Waterhouse Coopers, Max Factor and Coles Group Ltd, Rhondalynn’s attention is now focused on equipping entrepreneurs, particularly women, with the tools to enable success. Since launching her business coaching company, Imagineering Now in 2007, Rhondalynn has found that female business women have less access to financing to support their venture, forcing them to implement innovative ways to increase profit using internal capital.

“I’m passionate about the numbers –I love to show women how to measure it and unlock more of it in their businesses.”

Rhondalynn credits her simple approach to finance and cash flow as one of the reasons Imagineering Now is so successful.

“Most business owners don’t want to admit that they don’t understand – they sit in meetings with their accountants each year and don’t have a clue what their accountant is trying to tell them! I don’t want any of my clients to leave a meeting with me wondering what I meant – so I take extra care to ensure that I track and measure their progress monthly, clearly showing them where they are at, what their targets are and what the next steps are.”

In her 45 years, Rhondalynn has experienced and achieved more than most would over a century of living. A best-selling author of On the Shoulders of Giants – a tribute to her mother, a successful business owner and inspirational speaker, Rhondalynn is preparing for her next challenge – motherhood. With her first child due later this year, Rhondalynn plans to take some time off to prepare for the arrival of her bub.

“I am taking more personal time to enjoy the next few months leading up to the birth of my first child, however, I would love to release another two books in the next couple of years and I have two working drafts in the pipeline.” 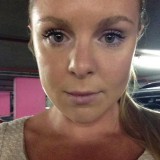 0
Endota Spa Founders: Melanie Gleeson and Belinda Fraser
“I’m so desperate for a ‘hit’ I want to peel my own skin off with my fingernails”