I Handed Over Thousands of Dollars To A Stranger on Facebook; This Happened Next

I Handed Over Thousands of Dollars To A Stranger on Facebook; This Happened Next

On the inside, I felt hopeless, helpless and selfish; wishing for some miracle that would somehow spare the lives of the ones I love.

Much of the media coverage focused on Tacloban City which was the epi-centre of the disaster, however, the destruction extended much farther. My parents were in the historic, coastal town of Balangiga located in Eastern Samar, just 86 kilometres from Tacloban.

Various reports indicated that Balangiga and many of its neighboring towns in Eastern Samar were simply gone. Neighboring town Giporlos reported complete destruction with 98% of homes destroyed.

There was just too much destruction everywhere. It was clear help was not coming for them any time soon.

So together with my brother and sisters, we decided to take action. We met a man on Facebook who was living in Cebu – an island lucky enough to escape the full brunt of Haiyan. He claimed to be from Balangiga and also claimed to know our parents. He offered to organise a private convoy to deliver much needed relief packs.

But he needed money to fund the operation.

Would you empty your bank account and hand over your money to a complete stranger you just met on Facebook hoping he would do as promised? As a digital native, I am highly aware and vigilant of internet frauds and the various scams on unsuspecting people that occur on social media.

My siblings and I deliberated. But time was of the essence.

Getting there ourselves to organise relief operations would take far too long and require local contacts and connections we didn’t have. Commercial flights to the island had been suspended indefinitely; it was near impossible to travel.

What would you have done?

We simply asked ourselves “what are we willing to risk to rescue our parents or to simply find out if they had survived?”

“What are we willing to give to help this little town our parents love so much?”

The answer was simple; we would keep on giving until it stops hurting.

That day, we made a decision that would change us forever. We handed over thousands of dollars to a complete stranger resolved with the possibility we could lose it all. We were desperate and we had no other choice. The only choice we had was to lay our trust in humanity.

How Too Much Planning Can Hold You Back

How I Fight The Motivation Monster

Confessions of a Gen Y Founder: Starting My Business Was A Selfish Act 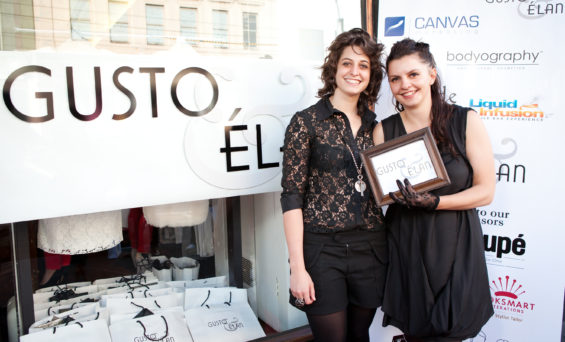 My Business, My Baby

0
Startup Growth Problems: What I Learned When I Expanded
“I always demanded equality, because I know my worth regardless of my gender.”
comments