Editor’s Note:  When Heather Potter got up close and personal with Richard Branson at a Business Chicks breakfast, she discovers he’s pretty ordinary and shares the story of an ordinary guy who chased his dreams all the way to space.

He’s one of the richest men in the world, owns a bevy of successful companies, is known for outrageous PR stunts (stiff competition in his undies, apparently) and he’s going to space for god’s sake. So how does Sir Richard Branson manage, in the flesh, to be so completely unimpressive?

Some might call it unassuming or down-to-earth, as though he’s just an ordinary guy untouched by fame and wealth (or a man with nothing left to prove). And he is all of those things. But he’s also just plain unimpressive – in the most compelling way possible.

I was expecting more when I attended a breakfast with Sir Richard hosted by Business Chicks in Adelaide. I was expecting a larger than life personality, boundless charisma and some showmanship.  He’s the guy who parachutes into parties and water-skis with a naked woman on his shoulders after all… Instead, Sir Richard sauntered on stage in jeans, flirted lightly with his interviewer (he’d been reading her twitter feed) and mostly avoided eye contact with the 1800-strong crowd gathered to touch the hem of his garment in the hope that his entrepreneurial genius might rub off on them.

In the course of the inarticulate fireside chat-style interview that followed, we learned that Sir Richard is dyslexic, a high school drop-out, and for the first couple of decades of his business career he didn’t know the difference between net and gross profits. His sincerity and directness are endearing but his choice to address the throng via a third party interview and his slight social awkwardness betray him as introvert. Surprising for such a high-octane PR man.

Let me immediately kill the delusion. There is no Santa. There’s no top five things you must do to get ahead or three deadly pitfalls that could cost you your investment. In fact, there’s nothing much Richard shared about how to succeed in business that you couldn’t have picked up from your grandma or the kindergarten playground. The difference between Sir Richard and everyone else is he’s actually doing it at work.

Why is it that when people start a business, common sense (and occasionally common courtesy and even common decency) fly out the window? Ok, so you’ve mortgaged your home, committed your life savings and put everything on the line to start your business so it’s serious stuff. You could lose everything. So those dickheads that work for you had better wake up and realise that because money doesn’t make itself you know…! Right?

Here’s what I learned from listening to Sir Richard talk about how he went from a 15-year-old “sort of virgin” wannabe entrepreneur to one of the world’s most successful self-made men.

People spend a lot of time at work. As a business owner, YOU will spend even more time working than almost anyone else. It’s got to be enjoyable or nobody’s going to have the motivation to keep doing it.   Easy for Richard to say – he was 15, penniless and hanging out in his parents’ basement when he and his friends came up with the winning idea for Virgin. He had nothing to lose. But that’s the trick. You need to play like you have nothing to lose and enjoy the wild ride.   “But if this goes pear-shaped we could lose the house!” I hear you cry. Sure you could, but who needs that kind of pressure hanging over them every day? Your staff sure don’t. It will make them afraid to make mistakes. That breeds a culture of paranoia, lack of initiative and unwillingness to take risks – all the things that go directly against the spirit of entrepreneurship and are guaranteed to limit your success.

No matter how much cash you have, says Richard (and he should know) you can only eat one breakfast, one lunch and one dinner. If it’s all about the money for you, get into stock-broking or become a lawyer because being an entrepreneur is about the idea. It takes passion to nurture a clever idea into a winning business and to bring staff (and customers) with you.

It makes them feel important when you make time for them and those relationships will be the foundation of your success. You need both loyal customers and loyal staff so be nice to ALL the people.

Don’t give yourself a hernia trying to open a tight jar – get Dad to do it! You’re probably good at whatever sprouted the seed of your business idea but you’re not Batman. Don’t try to also be awesome at accounting, PR, supply chain, customer service, IT, investor relations, and taking out the bad guys… Liberate yourself to be awesome at what your business needs YOU to do and find good people to do the other stuff. This greatly multiplies your potential for success because there will be more of you invested where it counts.

Whatever you’re doing, make sure you’re better than the competition and offer an appealing point of difference. Give people a reason to choose you. If you can’t explain in 25 words or less what makes your thing better than the next guy’s, then you’ve failed before you’ve even begun because you don’t know what you stand for.

He may be Sir Richard, but in person, he’s bloody ordinary. There’s nothing particularly special about him. He’s just a guy. But he had a good idea, he had fun with it, and he chased his dreams all the way to space – all without even finishing high school. If any ordinary guy like him can do it; why not you? 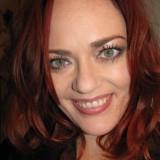 What Type Of Complainer Are You?

Why Women On The Go Don’t Sleep