Ban Ki-Moon, Secretary General of the United Nations states “When we empower women, we empower communities, nations and the entire human family.”

UN Women Australia is the national committee for UN Women in Australia and is one of 18 committees globally. This year for International Women’s Day, efforts are being concentrated on fundraising for UN Women’s Critical Services Initiative in Papua New Guinea. This is desperately needed to ensure that communities and nations are better placed to meet the needs of women and girls experiencing violence.

Sadly, 1 in 3 women worldwide will experience violence during their lifetime. In Papua New Guinea, 67% of women report that they have been beaten, including close to 100%of women living in the highlands.

ABC’s Lindy Burns hosted the morning’s event and we were priveliged to listen to Aunty Joy Murphy’s traditional welcome to country of the Wurundjeri land. Aunty Joy was awarded the Order of Australia in 2006 for her service to the community, particularly the Aborigines, through significant contributions in the fields of social justice, land rights, equal opportunity, art and reconciliation.

Aunty Joy’s introduction was a beautiful tale of her 1.5 hour drive in from the country and how she always makes a concerted effort to slow down and appreciate all the small moments in life. She acknowledged a group of sisters from Papua New Guinea who are now living in Australia and how they are studying here to eventually go home and help in their communities. This was a poignant moment. As the 5 women stood up proudly to resounding applause, it affirmed why we were here, the gains that can be made by uniting women and the sense of empowerment these women now embodied.

President of the UN Women Committee Donelle Wheeler, then provided the audience with some confronting statistics globally:

Donelle advised that the theme for International Women’s Day 2013 is Ending Violence Against Women and their mandate is gender equality: “Women should be empowered to reach their full potential and violence is unacceptable”.  The goals are to:

To conclude her speech Donelle stated: “It’s election year – this is a good year to be speaking out!”

Executive Director of UN Women Julie McKay took to the stage and stated “violence against women transcends national boundaries”. A short documentary then followed highlighting the lack of access to healthcare, police and safe cities. I quite liked the phrase Julie coined of being an “equality champion” and by donating $30 you can provide a woman with safe shelter and a chance to rebuild their lives.

Director General of AusAid Peter Baxter shone a great deal of light onto the situation and provided some inspiring information. Education remains a primary focus as the Pacific have incredidbly low levels of women in leadership. This is part of a movement for “Pacific Women to shape Pacific Development”, he said. Greater gender equality is being promoted by granting Australian scholarships to 75 PNG women per year. Australia are the largest donor to PNG  and this is globally recognised. Australian aid is having an  impact on the lives of Papua New Guineans, and Australia will continue to play  a leading role in supporting PNG’s development.

Justice Catherine Davani was our keynote speaker for the event. Justice Catherine has over 28 years of legal experience in PNG and is currently Chairman of the Judges Rules Committee. Keen to develop and reform the laws in PNG we learnt that violence against women in PNG is endemic. There are no services of which battered women can turn to.

Justice Catherine explained that consequences from domestic violence are more than just the act itself. When a woman dies from being battered, what happens to the children and family left behind? Services for survivors and enforcement measures remain insufficient and police also need to be empowered to carry out arrests of offenders.

Women are six times more likely than men to suffer torture and killing as a response to sorcery and witchcraft allegations. According to Justice Catherine, PNG have made gains in the last few years in working against violence against women. Criminalising sexual offences against children and recognising marital rape as an offence are some inroads that have been made.

Governor-General of the Commonwealth of Australia, Ms Quentin Bryce AC concluded events via a video to acknowledge the gains so far and the road ahead for gender equality. As patron for the UN Women Australia this bastion of strength is certainly leading the charge to greater reform for PNG Women via the Critical Services Initiative.

Our host Lindy Burns wrapped up events by advising that they were overwhelmed by the amount of donations received and surprisingly a $10,000 cheque from the Australian Physiotherapy Association being presented to UN Women.

My fellow guests  (pictured above) Talisa Juracichi (Intern at UN Women) and Robyn Burn (Dept of Immigration) were equally impressed and inspired by the speakers. I felt privileged to listen to such high calibre women speaking and engaging a room of close to 600 guests. I looked around often to catch glimpses of nods, hands reaching into purses and young school girls writing notes (eagerly like me!) really embracing and openly being part of what I see as a positive movement towards helping our PNG neighbours.

It’s true what they say: The fastest way to change society is to mobilize the women of the world. 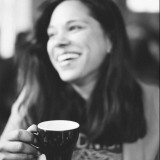 Is blogging the new black?

The Only Way To Network: With French Champagne And Gift Bags

Why Your Ideas Are Worthless