With the recent launch of the Ban Bossy campaign, could Facebook COO, Sheryl Sandberg, have been a little too enthusiastic in her efforts to ban a word that she believes is crippling the rise of future women leaders?

Sandberg is a recent addition to the women empowerment stage but firmly established her influence and authority with last year’s release of her bestseller, Lean In: Women, Work and the Will to Lead.

She has now taken a stronger stand with her newly launched Ban Bossy Campaign which demands that the word “bossy” be prohibited to encourage girls to exercise their leadership. The campaign has roped in an impressive line-up of power women advocates the likes of Condoleeza Rice, Beyonce and Jennifer Garner.

But I’m sorry Sheryl, that isn’t enough to convince me that this is a campaign women need.

RELATED: How to own your mistakes at work

For starters, I don’t think being bossy and displaying leadership are interchangeable or worse, one and the same. The bossy girls I knew were exactly that. Bossy. They may have eventually blossomed into leaders but probably because someone along way would have gently told them about that fine line.

Second, ordering a word banned just so women feel secure exploring their leadership skills creates a false reality for them. Leaders can’t be suppressed by a five-letter word. Their true nature will find a way to push through and once it does, it will be far from modest or apologetic.

Third, offering protection of this nature does a great disservice to women who are – in Sandberg’s own words – leaning in. They don’t need it and asking them to acknowledge otherwise is to resurrect the outdated perception that they are delicate, vulnerable beings.

Fourth and perhaps more importantly, corporate culture has also changed. Traditional hierarchy in many places has been flattened and leadership is no longer about being the boss but about offering vision, inspiration and innovation. So to merely stop using the word “bossy” may not necessarily pave a path towards the leadership of the future.

Sandberg’s campaign has been met with strong reactions from women. Some have hailed it as timely and long overdue, while others have politely returned it to sender. In Australia, the reactions were similarly mixed.

RELATED: What to do when messages get misconstrued

Felena Hanson, founder of Hera Hub, suggested raising the conversation to the next level by re-examining the concept of leadership and educating children on what constitutes an effective leader.

“I don’t want to celebrate children who are bossy by saying they are great leaders because then we end up perpetuating the same misunderstandings about leadership,” Hanson said. “I’m concerned that we are celebrating negative leadership skills in children regardless of gender. It’s important not to blur the lines.”

Yet also she pointed out that women who haven’t found their authentic leadership style would adopt bossiness because they are convinced they need to be hardheaded in competing with their male counterparts who are naturally more direct in their leadership style.

Clarissa Rayward, director of Brisbane Family Law Centre, meanwhile sided with Sandberg in stating that any discussion around woman and leadership could only be positive.

“The campaign shines a light on changing times and differing views,” she said. “It reinforces the importance that all young people should believe in themselves and follow their dreams.”

Bronwyn Jeffrey, director of Mind Decisions, agreed with Rayward and added that the campaign is a “brilliant reminder” of the effect of conditioning.

“The real underlying issue is why do we care if people think we are bossy?” she said. “It’s because we are judged from birth and this conditions us to develop an external frame of reference and fear of rejection.”

To the founder of Lednyak Social, Gina Lednyak, the term “bossy” only highlights one style of leadership – loud and extroverted.

“Many times this isn’t the leadership style women choose to take,” Lednyak said. “The next stage of leadership is embracing its feminine side. Being a real leader means giving your team room to thrive, grow and make magic happen.”

The campaign has its fans, no doubt about that. But I hope Sandberg is also paying attention to its detractors. Sometimes even the best of intentions can unexpectedly go awry. After all, as many women have already pointed out, isn’t the very act of demanding a ban bossy in itself? 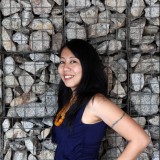 The Wealthiest Women On The Planet According To Forbes

The Cost Of Being A Woman

0
“Can Women Have It All?” Is The Wrong Question
Why Natalie Barr Got Feminism And Gender Equality All Wrong