Sheryl Thai’s life-changing cupcake came at the perfect point in the day. The founder of Cupcake Central said a cupcake turned her world around, taking her from the corporate fast-track to a market cupcake stall and ultimately a multi-million dollar business.  She spoke passionately about being a person of action, saying yes to opportunities and not listening to the negative voices that will try to drag you down – both inside your head and in your social circle. And she shared some of her life-altering cakes with the audience! But above all, Sheryl made the important point that starting a business is “really not as hard as you think.”

Catherine Moolenschot stepped on stage late in the afternoon. Cupcakes were always going to be a tough act to follow but she rose to the occasion with an impossibly high level of energy attainable only with Red Bull and Ritalin for the average human.  Speaking about the “Funnel of Greatness”, Catherine spoke of how she had taken an inspiring turn in life simply by choosing to expose herself only to things that met the criteria of true greatness.

“Small changes in the beginning of the journey can take you in a completely different direction over time,” she noted.

Valerie Khoo, Founder and Director of the Australian Writers Cente talked about how a passionate and magnetic story is the strongest way to build a brand. “Your personal brand is what other people say about you when you’re not in the room or what Google says about you,” she said. “If you’re one of those people who says, ‘I don’t care about my personal brand’ you need to know, you’ve got one anyway. Why not take control and be the author of your own story?”

New Zealand fashion designer Annah Stretton admits she didn’t come into the business in the usual manner. She started out in fine arts before qualifying as an accountant because she didn’t want the life of a starving artist. She ended up working for a fashion company before launching her own business from a remote farm. She turned over $1million in her first year – astonishingly, half of which was pure profit.

“Take risks,” she advised. “The brave may not live forever but the cautious have not lived at all.”

Former Who Dares Wins turned Bollywood star, Tania Zaetta, bounded onto the stage late in the afternoon singing with energy and a desire to chat. Fearlessly ignoring every time warning from the stage manager, she kept the audience hanging on her every word as she told the story of how a country girl who rode a horse to school ended up bluffing her way into TV.

“My friend came to school on a camel,” she added. “True story”.  Tania said passion is what drives successful people and persistence is what gets them there.

“Don’t make excuses,” she said. “Make an effort. I have that stuck to my fridge.” 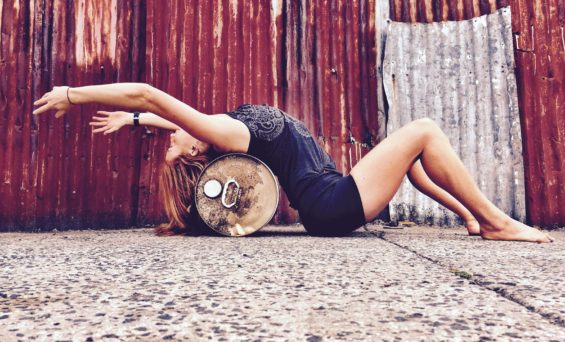 The Website Mistake That Almost Cost Me My Business

How To Never Give Up

0
The Top 10 Countries To Be A Woman
“Mumpreneur”: Fitting or Condescending?