Samantha Gash is a pocket-sized phenomena who decided to chuck in her job as a lawyer and do an ultramarathon. Across a searing hot desert. Carrying everything on her back that she would need to eat, drink, wear and sleep on while running four marathons in four days, followed by a cheeky 72km run before wrapping up with a leisurely 12km jog to the finish line.

Of course, Samantha is completely bonkers but it’s hard not to be impressed by a woman who can stand elegantly in a pair of gorgeous platform heels and talk about puking her guts up in 52 degree heat. So she’s got to be a super athlete right?

“Fake it til they believe it and after a while, you believe it too,” Samantha said. “I convinced my uni to give me $10,000 to compete in the ultra marathon by telling them I was an athlete representing Australia.” They bought the line and Samantha ended up kicking the arses of much more experienced runners, including many men. She says it’s 90% mental determination and you’ve just got to start with little goals that build towards your big goal.

Prue MacSween took to the stage in one cute heel and one moon boot, having injured her left foot. She’s one clever, funny and super sassy lady but her best advice was, “know what’s driving you”.

“Think, what’s your end goal?” she said. “If you don’t know, then you’ll never be happy because you won’t know when you’ve arrived. You have to know what you’re doing it for.”

Dr Caroline Tan and Dr Afreen Huq jointly presented their fascinating research into what makes a successful female entrepreneur tick. Above all, they surmised that relationship was a primary differentiator between male and female entrepreneurs.

“Women are more relational in their networking behaviour, whereas men tend to be more transactional,” Dr Huq said.

While Dr Tan concluded that the most important thing is to be the “purple cow”. The unexpected individual that stands out from the crowd.

Priyanka Rao (Luxmy Furniture), Rachael Edginton (Plum Communication) and Louise Nealon (Callidus PR) shared the microphone for a panel discussion. Priyanka’s tip for success was simple but profound: “Count your success stories every week so you can see how far you’ve come.”

Rachael acknowledges the thrilling challenge of entrepreneurship when she noted that flexibility is key. “Be prepared… to be flexible. And be resilient,” she said.

Louise noted that a down time doesn’t mean the end. “I wish someone had told me this when I started,” she said. “You need to accept the swings and roundabouts. Business will have booms and slumps and booms again.” 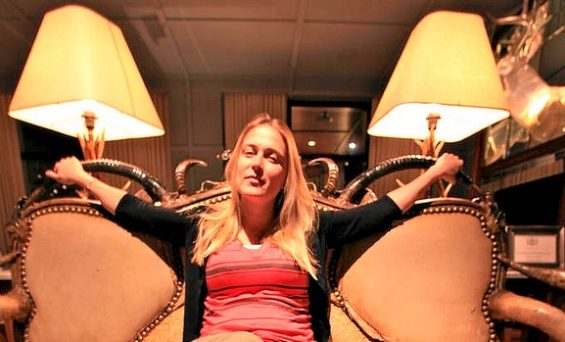 0
The Top 10 Countries To Be A Woman
“Mumpreneur”: Fitting or Condescending?