This blog has been re-posted with permission from Glen Carlson and the team at www.keypersonofinfluence.com.au.

It seems many people actually want to publicly murder their own pitch. I love great pitches, and I hate to see them die slow, humiliating public deaths. If you’re going to destroy something beautiful, do it right. These are the seven most effective ways to eviscerate a pitch while numbing the minds of your audience.

1. Talking too much and too slowly

The human brain is being carpet bombed by a billion bits of data from all five senses every second. To avoid making you feel like you’re in the middle of a horrendous trip, the human brain has evolved to radically filter inbound information.

You think that there is so much about your opportunity that is amazing, and you think that by telling people more, they’re going to be even more impressed. Instead what happens is our brains register that we’re under information attack and it begins rapidly purging not just the deluge of useless information you’re forcing upon it, but everything. (Command + A) Delete. Gone. Next. Good journalists ask, “What words can I remove without losing the meaning of the sentence?”. Do that and see the difference.

2. Not specialising, niching or diferentiating

Because of the afore mentioned data bombing, if our brains come across something familiar or easily recognisable, our brain will pay no attention to it (assuming it’s not dangerous). Trying to pitch something that is not unique, different or specialised in any way is an attention killer.

The more specialised you are and the more succinctly you articulate the unique problems you solve, the more novel your pitch will be and the more attention your audiences will give you.

I do NOT mean you should spend hours flipping through your thesaurus to find different words to say the same thing or using superlatives to ‘wow’ your audience. This will just put more cognitive load on your audience’s brains and force them to make one of two choices – a) Allocate significant recourses to decode what you’re talking about, or b) Ignore you.

For your brain, which is a cognitive miser, it’s a simple choice.

Our brains love simple so replace fancy words with the simplest word to explain what you mean. If you have to say your product or service is revolutionary, world class, amazing and innovative, it’s probably not. If it’s any good, let it speak for itself.

You’re busy. You’re juggling balls, you’re spinning plates and you’re trying to put out fires at home, at work and in your social life. Now some noob comes up and asks you to allocate more brain power to solving another problem by giving you a complex pitch that they have to decode.

Respect your audience by keeping it simple. Complex information and abstract ideas take a lot of brain power to process, and our brains have enough problems already without being loaded up with more. If you introduce complex ideas that require heavy thinking and problem solving, your audience’s brains will shut down or wander off elsewhere.

This is social dynamics at its best. As people, we want what we can’t have, we tend to chase what moves away and we only value what others do too.

If you come across as though you need something, that something will tend to move in the opposite direction. There’s a big difference between intention and attachment.

Having an intention to win the deal is essential. It will be good for you and the world, and it’s ok to want it. But if you appear to be overly attached to the outcome, you will come across as needy and desperate, and that won’t end well.

5. Waiting until your pitch is perfect

It will never be perfect so get a move-on already! Half the data you need to improve your pitch is locked away inside the hearts and minds of your market so you need to get out and deliver your imperfect pitch so that your market can tell you what’s wrong with it.

Don’t be afraid of rejection or criticism. Both of those things are opportunities to mine the market for gold nuggets that you can reverse engineer into your pitch to make it truly great. You sharpen your pitch on the stone of the market. Prolific beats perfect. So pitch it!

6. Trying to protect it

Non-disclosure agreements are junk. They’re only as good as your ability to fight them in court, which you probably can’t afford to do so their attempted use exposes a novice and devalues you in the eyes of any sophisticated audience.

If it can easily happen without you and requires heavy legal protection to keep you in the deal, it’s not your deal to make.

Let it go. Move on. Find something no one can do without you and pitch the hell out of it.

7. Not being clear on your value

There’s a fundamental disconnect between ‘value’ and ‘reward’. As a result, people with low skills and bad ideas can be highly paid, and people with high skills and great ideas can be chronically under-paid. The market is unable to place a high value on anything until that value is clearly articulated. A killer pitch must articulate that value clearly, simply and compellingly.

KPI are running their accredited 8-hour Brand Accelerator event in Mid 2014 with some of Australia’s most well respected entrepreneurs and industry leaders.

As one of their event partners, KPI has offered our readers a 40% discount on the retail ticket price, with sale ticket prices starting from $39 for general admission.

What pitching techniques have put you ahead of the game? Tell us in the comment section below!

Glen Carlson is an event producer and Co-Founder of Key Person of Influence. 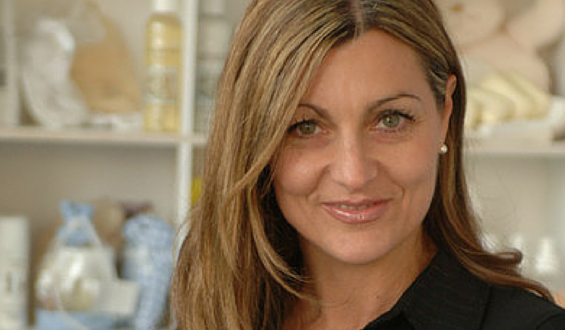 4
How A Young Entrepreneur Is Changing The Face of Beauty
Fail Forward, Aim For Done, And Other Wise Words For Entrepreneurs