While female entrepreneurs and female led startups were a little hard to spot at the exhibition, the lower proportion of women at CeBIT is certainly not a reflection of business acumen.

Over 155 entrepreneurs converged on Sydney from 5-7 May to exhibit in the startup zone at CeBIT Australia 2014, the country’s largest business technology event.

Startup businesses are becoming an increasingly prominent part of CeBIT, as evidenced by the dedicated startup showfloor and the inclusion of ‘Pitchfest’ – an opportunity for startups to pitch to a panel of judges in front of a crowd of investors, policy makers, fellow entrepreneurs and tech innovators.

“CeBIT Australia is focused on growth driven by technology, and it is natural for us to support the startup community,” said CeBIT Chief Technology Officer Gilad Greenbaum.

“We produced the first national scale startup event in 2008 and each year since then, the scale and number of startup participation has grown.”

While female faces were a little hard to spot at the exhibition, the lower proportion of women at CeBIT is not a reflection of business acumen, according to Greenbaum.

“Interestingly, despite the fact that only one out of 10 technology entrepreneurs is a female, their startups are usually more successful than others. So, we try to get as many women to break the barrier and become entrepreneurs.”

One such female entrepreneur is Pascale Helyar-Moray, Founder and CEO of online customisable jewellery business StyleRocks.com. A self-confessed jewellery addict, she came up with the business idea after being frustrated by not being able to find jewellery pieces in the colours that she wore.

Helyar-Moray saw exhibiting at CeBIT as a way to gain valuable branding and exposure for her startup.

“The tech industry is small and, as a female entrepreneur, especially if you’ve got a young family, you’re not always out at all the events doing the networking and drinking the beer and eating the pizza. This is a really good way of getting that community to come to you.”

The opportunity to network with the tech community was enticing enough for entrepreneur Fiona Anson to return to the CeBIT showfloor for a second year. She co-founded Workible, a mobile and social recruitment app for flexible workforce industries, and aimed to make new client connections.

Anson and Co-Founder Allison Baker launched their business after finding it virtually impossible to find flexible work that fit around their obligations in life – including parenting responsibilities.

“I thought if a dating site can match love interests, surely a job site could match availability. And that’s where the idea came from,” said Anson.

Anson acknowledges the industry is male-dominated, but said, “I’ve always believed that if you’re good at what you do, gender doesn’t really matter. I try very hard not to lose my feminine energy. I don’t want to be a guy playing in a guy’s industry, I still want to be a woman.”

Another female entrepreneur navigating the technology startup industry is Nicole Bouchier, the Founder of Signmee, a communications and consent management system originally targeted towards schools.

Bouchier came up with the idea after, as both a teacher and a parent, she experienced the frustration of paper consent forms going missing.

She saw exhibiting at CeBIT as a chance to spread her business message. “We know there’s going to be investors here… but we’re also looking at the business side of things. While we’re targeted at schools, we’re looking at moving beyond that and scaling our product into other markets.”

Bouchier has some sage advice for aspiring entrepreneurs and new startups: “Take the risk – because it is a risk. Put one foot in front of the other, and keep going, because you just have to keep moving. When you come across hurdles, there is always a way around things. And make sure you network as much as possible.” 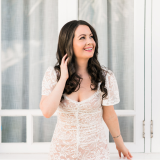