With so much creative talent in Australia, it’s a wonder where all the start-ups, new bands or film projects get funding, especially with the current economic climate. Rather than go down the traditional investment-seeking path, many are turning to crowdfunding.

Crowdfunding isn’t a new concept, however it’s enjoying a surge in popularity due to social media influence. In Australia, Pozible, cofounded by Rick Chen, is the local platform. Chen was in Perth this week for a Let’s Talk Crowdfunding seminar, to explain to the uninitiated how it all works:

“It’s not a new idea … it’s kind of like if a musician was busking on the corner to earn money. Pozible is the same concept, but with scalability.”

The premise is that a person or group conceives an idea or project and prepares their pitch with a mixture of video, photos and concept. Pozible then releases it to the world, with mini-investors able to back projects with amounts as small as $1. The key is that all backers receive a reward for their investment, at the discretion of the project owner.

As Chen explains, the results can be rewarding for the backers as well as the projects. “One of the most successful rewards was by Perth band Eskimo Joe. For a $5000 investment, the guys would play a mini concert at your backyard BBQ.”

Tanya Collier, editor of online magazine Tickle the Imagination, turned to Pozible to raise funds for a printed edition of her popular art, craft and design magazine. Tanya found out about Pozible through a friend who had supported a successful campaign by Littlesweet Baking.

In Collier’s experience, effort outside of Pozible is just as important to a successful campaign. “I’d say 90% of my backers were already likers on Facebook or mailing list subscribers, so having an existing crowd of supporters is important. When I asked our Facebook likers about the volume of posts on the campaign, most said they enjoyed it, and towards the end found it quite exciting to watch as we got closer and closer to our target.”

Collier started with a base of around 3000 Facebook likers and 2200 mailing list subscribers, and also kept in touch with supporters through Pozible’s email system. Her Tickle … In Print project was successful and ‘Annual 01 of Tickle the Imagination’ was released in November 2012. She has recently run a second campaign to print a special celebration issue of the magazine. This second attempt highlighted the downside of Pozible – its ‘all or nothing’ system. 27 days into the 30 day campaign and the project was only 50% funded.

Luckily, they made their target in the end, but it was a worrying time for Collier. “I honestly thought it might not happen. It does take a lot of work, but don’t get disheartened. With 3 days to go, there was a surge in activity.” Chen agrees that most projects have a ‘smiley’ funding curve, with most investments coming in at the beginning and at the end of your campaign.

The turn-out at the Perth seminar was relaxed, but women were well represented. Prospective Pozible campaigners included actors, social community planners and musicians, all wanting to fund their creative projects. Collier’s advice to those wishing to jump in? She says to make sure you are ready for very hard work; make sure you research all your costs and make a budget before deciding on your target amount; and share, share, share! 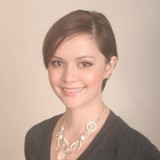