There is nothing better than an event that inspires one to think things can be done better. I was fortunate to attend the Australia Israel Chamber of Commerce and Babes in Business, Women of Innovation Business Lunch on March 14th. The conversations centred around innovation and the learnings to be had from Israel which, according to Bill Gates, is the “centre of innovation in the world”. It also explored the role of international enterprise, government, R&D, and funding play in this complex process.

The importance of innovation is being recognised in Australia. Just recently, Brisbane was the first city in Australia to appoint a Chief Digital Officer. It has also recently released the new Digital Brisbane platform.

The panel believes in encouraging more women to enter fields where innovation is at its core, such as science, engineering and technology. Queensland industry in particular is currently focused on ‘rocks, crocs and crops’ (mining, tourism and farming) and it is vital to start to change the focus to innovative fields. Particularly in small business which accounts for a large proportion of Australia’s economy.

To ensure a strong representation of women in these industries, the panel also discussed the importance of mentorship and support programs. In companies like Optus and Microsoft, there is understanding, empathy, flexibility and support for employees and their work-life balance. Woman reach higher positions through different pathways such as marketing and HR rather than IT or engineering.

Overall, the lunch was stimulating conversation between some prominent Australian women innovators and role models in the fields of technology and science.   The attendees at this event were from many industries but included companies such as Westfield, VideoPro, Optus, Uniquest and Flight Centre.  It was great to listen to women who are passionate about what they do and who encourage and support younger women through the process. I would like to see more of these events in Brisbane and encourage more women to get involved.

To find out more about Australia Israel Chamber of Commerce, visit www.aicc.org.au.

(All photos supplied by AICC) 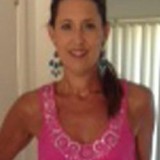 Make-up Can Make A Difference

MBFF Sydney: Who To Wear Spring/Summer 2013