With a cult celebrity following, including Matthew McConaughey, Jessica Biel, Miley Cyrus and Megan Fox, the newest food trend around, Paleo is actually one of the oldest diets around. Imitating the diet of a caveman, Paleo promises to increase and stabilise energy levels, lessen bloating, give you sustained weight loss and improve your immune system.

The benefit of eating Paleo is that you’re guaranteed to never go hungry with a plethora of protein-rich foods allowed including meat, fish, eggs, vegies and nuts (bacon and egg brekkie, anyone?).

The idea behind it is that modern-day health issues stem from our diet which is full of highly processed foods, so by removing peanuts, dairy, potato, refined sugar, salt, alcohol, grains and processed food, we are getting back to the basics of whole, healthy ingredients.

Unlike most diets, Paleo is anything but boring, with a range of great recipes available – from berry smoothies and white chocolate pies to mushroom burgers and bacon fritters – and if you’re considering converting, look no further. We’ve teamed up with former My Kitchen Rules contestant, health & fitness advocate and all-round nice-guy, Scott Gooding for his 10 staple Paleo ingredients.

1. Coconut oil – Coconut oil is the only fat that won’t alter its characteristics when exposed to high heat making it a safe and stable ingredient for cooking with. It is also jam-packed full of lauric acid which has been shown to have healing properties for leaky gut.

2. Sweet potato – This is the ultimate alternative for those that love their potatoes, but want to go Paleo.  They are essential for replenishing depleted energy stores, so are the perfect post-workout meal and because sweet potatoes are a starchy carb, they make a great Paleo-friendly pantry ingredient.

3. Brussel sprouts – These little gems are part of the cruciferous family and are full of nutrients. They are recognised for their cholesterol-lowering and DNA health benefits and when cooked correctly can make for a tasty side dish – I recommend roasting them whole with some bacon.

4. Nuts and nut butter – In the world of Paleo not all nuts are created equal, so chose ones that have a healthy omega 3/6 ratio like walnuts, macadamias or pecans. Nuts are such a versatile ingredient, as you can use them as a butter (finely processed), as a flour substitute (ground) or simply as a snack. Remember though, peanuts are considered legumes, so are not Paleo.

5. Shredded coconut – This is another extremely versatile ingredient and is perfect for smoothies, treats or as a delicious, crispy coating for baked fish.

6. Bone broths – One of the less obvious staples, bone broths are easy to make and extremely resourceful. Simply use the carcass or bones from dinner to make a nutrient-rich broth which is packed full of glycosaminoglycans (GAG’s) – great for joint repair! This broth can be frozen and used as a base for soups or bakes in the future.

7. Berries – Berries are a great option for those Paleos who don’t want to give up their sweet breakfast and they are an antioxidant rich base for smoothies or desserts. However, berries should be used sparingly, as fruit wouldn’t been as abundant for our ancestors as it is now. Fruit has also been bred to be sweeter and less tart, so the berries available today have a higher sugar content than they would have in the caveman years.

8. Meat – Meat (fish, beef, chicken) is an essential part of the Paleo diet, as it provides us with iron, zinc and Vitamin B. Humans are omnivorous and the meat we eat should be organic (to avoid hormones), grass-fed, free-range and ethically sourced to limit stress to the animal.

9. Offal – As a Paleo, we believe that it’s important to respect the animal by eating and using as many of its parts as possible. In early cultures, offal would have actually been consumed first – before the more general cuts like steaks or rib-eye – as it has such a high nutrient value.

10. Sardines – Sardines are relatively inexpensive and are available fresh or canned. This humble meat has loads of Vitamin B12 and is a rich source of omega 3. It’s also considered one of the healthiest food sources on the planet.

If you’re considering trying Paleo, simply stock up your fridge and pantry with these staples, check out Luke and Scott’s latest cookbook and don’t be afraid to experiment.

Everything You Need to Know About Ageing, Skin Care, Botox and Fillers

My Daughters and I 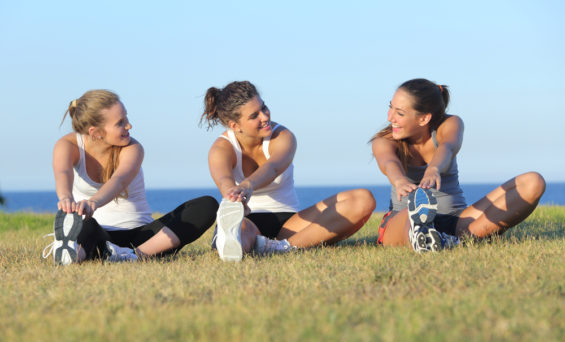 0
How to: Pick Your Protein
Wellness Warior Jessica Ainscough Celebrates Self-Love and Sisterhood