“I was terrified of losing people, and for a while this pattern continued in business.  Relationships are paramount, but standing your ground matters too. “

At Christmas time I like to reflect on all the amazing people I’ve met in the past twelve months, some of whom are now such an integral part of my world that I can’t imagine life without them.  This year, I sought to develop self-confidence through body language, took a bold step in business by merging with Beat the Q and have started to develop my own authentic leadership style.  But my biggest life lesson and growth opportunity came from an unexpected series of events that forced me to face my biggest fear.  Loss.

Losing anyone in life is hard.  For me growing up as an only child, friends were always important.  I didn’t learn to argue with brothers or sisters, so when faced with conflict I always backed down.  I was terrified of losing people, and for a while this pattern continued in business.  Relationships are paramount, but standing your ground matters too.  And that’s impossible if you’re not prepared to lose.

In the latter part of this year I fell out with an important friend over a business deal.  Two weeks later I found myself in the St Vincent’s emergency department with what turned out to me a solvable health issue, but lying in a hospital bed hooked up to a bunch of beeping machines was deeply lonely.  I wanted to call this person but I couldn’t.  That friendship was gone.

Ten years ago I lost my first love in a car accident.  I dealt with grief at the time, but my experience of losing a friend this year led me to confront what it meant to let someone go.  I had clung to the belief that although the car accident might have taken away the physical person, he’d always be with me in spirit.   I spoke to him every day as I tried to accomplish his dreams as well as my own.

Now that I was faced with a loss in a different way again, I realized how much I’d avoided it.  The idea that someone could actually be gone was too horrendous to contemplate.  What if my former partner wasn’t with me at all?

I started reading religious literature and drew the most comfort from Aboriginal beliefs on death.  They won’t talk about or look at photos of the deceased because they believe it keeps them tied to the earth and prevents them moving onto whatever’s next.

I have a range of spiritual beliefs that I’ll write about another time.  I don’t know what happens after someone dies but for me to move on I needed to accept that this person was gone.  And framing death in this manner helped me to do so.  I knew I wouldn’t form another love relationship until I figured out how to let go of this one.

The concept of life without my friend and without the comfort of believing my former partner remained with me in spirit was frightening.  Yes I’d miss them, but a large part of the fear was not knowing if I could make it on my own.  One night I hit rock bottom and called my best friend in New York.  We talked for hours and at the end of the conversation he asked me what lesson I thought all this was supposed to teach me.  I replied that I thought I needed to learn to stand on my own two feet.

If you know me personally you might think I’m fiercely independent.  But behind the confident façade stands a rich network of relationships that prop me up.  I prefer to act after wide consultation and have never enjoyed confrontation.

The experience of processing loss has led me to accept it as a part of life and business.  Even the most special people can go.   Being terrified of loss has acted like a drag chain, holding me back.  Being willing to let go has given me strength and confidence.

A few weeks ago I was in mid-deal negotiation with a new group.  I was excited about what the relationship would do for the business and liked the people involved.  The negotiation reached a point where we didn’t agree, and for the first time ever I felt that I could walk away.  The loss would be sad but not devastating.  Being willing to lose is an important access to power.

I’m grateful that I confronted loss in 2014.  Until now I have feared upsetting people and losing relationships.  This may help in forming shallow friendships, but it restricts self-expression and power and inhibits the development of deeper partnerships.

So many significant people have entered my life this year.  I’ve found awesome new partners both in business and in love.  And as I enter the Christmas break, it’s nice to be grateful for them as well as all the amazing people I’m yet to meet, some of whom I’m sure to find in 2015.

Rebekah Campbell is an ex band manager now tech entrepreneur and founder of Posse.com. Also passionate about progressive politics (past and present) and various sports.

This post first appeared  on www.rebekahcampbell.com and has been republished with permission. 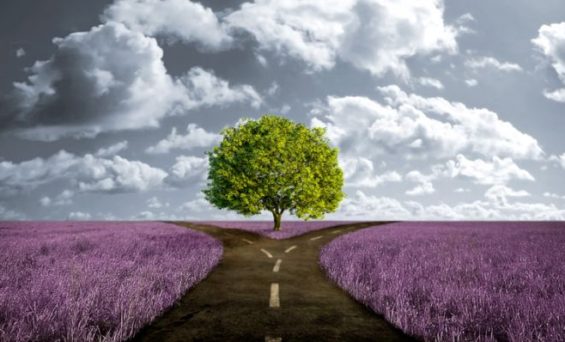 5 Harsh Realities Of Starting A Business 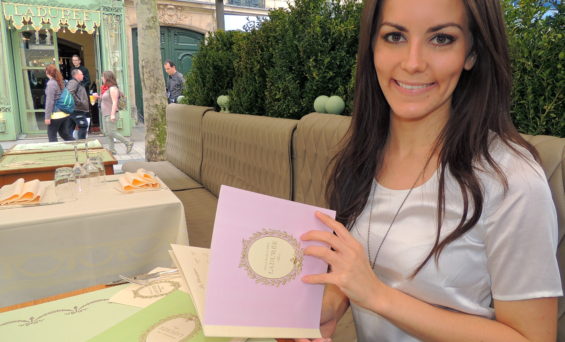 A Dream To Reality, Paris

How Too Much Planning Can Hold You Back