Public speaking is terrifying for most people. As a self-confessed introvert, it is for me the biggest fear I have. Why? For me being an introvert is not about shyness; I’m not shy. I do, however, feel exhausted when I’ve been around large groups of people. I find engaging in “small talk” cumbersome, but do enjoy having deep, meaningful conversations. I get tired and unresponsive after I’ve been out and about and with large groups of people for too long.

I don’t shy away from the spotlight, and I’ve been profiled a high-performing leader. However, public speaking to large groups of people absolutely terrifies me. I have for many years presented to clients, at trade shows and to board of directors, so why do I become terrified with large groups of people?

After struggling with this fear for years, I decided it was time to do something about it.

The first step I took to overcome the fear was to book speaking engagements, so I was forced to push through the fear. My first large speaking engagement was to over 650 people, talk about jumping in the deep end! My second was to conduct a workshop at a conference of over 80 business women. Both events were within 12 weeks of each other.

Right, I have the engagement booked; now I would like to understand why I have this fear. So I did some research.

Here is what I found.

We are all human, and as such we are hardwired to worry about our reputation above all else, and we worry about what people think about us. I was surprised to find that our brain actually controls how we react to treats to our reputation. It’s called a fight or flight syndrome, a natural reaction from your body to protect it from harm.

Our body releases adrenaline into the body which results in the body taking a low-power position (we slouch and attempt to divert our head and eyes downward). When we attempt to resist this position by lifting your posture and head to a confident pose, your body reacts with the muscles causing your hand and legs to shake, instinctively your body is preparing for an attack.

Okay, now I know why my hands shake; it’s a natural reaction. So, I’m not going to worry when that happens whilst I’m presenting. 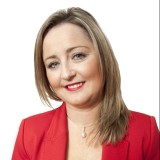 The Website Mistake That Almost Cost Me My Business

How I Fight The Motivation Monster

Why Female Founder Sheree Rubinstein Quit The Law For Entrepreneuralism