You know that saying “What doesn’t kill us, makes us stronger”? I always thought to myself, what a load of codswallop! When you think about it, that saying is quite true. When you feel low and upset you don’t think there is a way out, but what’s actually happening is, your brain, your heart, your confidence and your strength is being built little by little.

I have never had totally bad things happen to me. In fact all the negative incidents in my life have not been even half of what some people have endured. I am one of the lucky ones. So my ‘struggles’ are quite trivial compared to an array of “bad things” others have to deal with.

I found it hard to keep a job, not because I was bad at what I did – I wasn’t getting fired or anything like that. I just didn’t find passion in what I was doing. I had a redundancy which left me feeling pretty worthless, and many administration positions where I felt like I was wiping the bums off managers while I made them cups of tea, wrote out minutes and bowed down to their superior being. I tried things I loved, like photography full time, but that was short lived when I realised the money just wasn’t cutting it. I tried customer service but after 3 weeks and my first real call, I cried like a girl and ran off never to return.

Oh, and I did try to work at a bottle-o but I felt more depressed than ever in that job, watching people come in to buy king browns of Emu Export at 8 in the morning. I lasted a day!

So, you see, my job struggles are quite small in light of the entirety of situations that others endure, but for me it was a big deal. My worst job was one that I quite liked in fact. The pay was good, the colleagues were lovely and the job itself was challenging and fun. The boss, on the other hand, was a disgusting excuse of a man who found it funny to flick my bra strap, slap my bum and call me at all hours in the night to tell me he’d love to see me naked. And that’s just a snippet of what he did! I put up with that funny business for 9 months which, for me, felt like 9 years of hell. Being a family run business, there was no HR team and nobody to speak to. I kept to myself. I tried to put on a brave face but, after quitting over 6 jobs in the past 2 years, I felt it necessary to really work this one out.

When the air conditioner stopped working in the midst of a very hot summer (43 degree days) and he refused to fix it for his workers and never offered alternatives, it felt like he was rubbing salt in the wounds. I had simply had enough. I applied for every job I could, over 200, and at every single interview, I tried my best to be the professional and relatable woman that I am – to sell myself as an asset to their business. When I was finally offered a great position as a graphic designer I was so excited that I ran out into my car, threw my phone in excitement and squealed so loud that the person in the car next to me looked at me like I was a crazy maniac. I was finally out of the hell-hole job.

I had prepared myself for the backlash and, as I handed my resignation letter before discussing it with him, I was scared. I had seen his reactions to ‘quitters’ before. As expected, I was hurried into a room to be scolded by him and his wife, telling me off, giving me a mouthful of abuse, saying I couldn’t possibly leave and only give 2 weeks notice.

I walked out the door that day, was granted stress leave by my doctor who let my boss know that I would not press any charges if I was given the respect I deserved and paid out all that was owed to me, in full. Thankfully he agreed, and he had to deal with his wife knowing all the wrong that he did to his employees.

One door closes and another opens! Even though this man’s name leaves a bad taste in my mouth now, he who battered me down into a girl with no confidence has in turn helped me to become a stronger woman. I stick up for my rights, my passions and the people I love now.

So thanks ex-boss.  In theory, you are what made me a better person. Joke’s on you buddy! 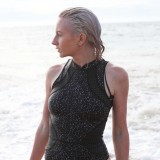 Why Introverts Rule In Business

The Brighter Side of Indecent Exposure