Melanie Gleeson and Belinda Fraser started endota spa when they were just 26 years old.  Together, the two school friends have grown a single day spa on Melbourne’s Mornington Peninsula into a nationwide network of 75 franchised spa locations with a presence in every Australian state and territory.

Today, Melanie and Belinda still head up the business they founded in 2000.  In addition to being Australia’s largest and best-known day spa brand, endota also distributes its own skincare ranges: one certified organic, a glycolic range and a soon to be released ‘ceuticals’ range.  It also puts its money where its eco-mouth is, donating 1% of skincare sales to Bush Heritage Australia.

The girls go way back, attending the same school at Woodleigh on the Mornington Peninsula, south of Melbourne.  A few years after Year 12, they ran into each other at a barbecue and got chatting about what they both wanted to do with their careers. Melanie was managing one of Victoria’s first day spas and wanted to start a day spa business of her own while Belinda wanted to start a business that she could grow into a national entity.

“We quickly realised that we could pull those two ideas together and literally started planning the next week.”

The ladies are quick to admit that orchestrating the growth of endota spa into a successful franchise business did not come easy. “Any successful business person will tell you there are always issues along the way.  But often, the issues lead you to a new way of operating, or an opportunity that otherwise would not have presented itself.”

They wanted to have multiple locations and franchising made sense. “It meant that the people running each business were seriously and personally invested in seeing it succeed, and it would enable us to expand the brand much more quickly than if we had to secure finance ourselves every time we wanted to open a new location.”

This would prove a critical move in 2002-2006 when day spas enjoyed increasing popularity – an opportunity Melanie and Belinda seized with gusto and which resulted in strong growth for the brand and it’s eventual domination of the category.

They also had their eyes on the bigger picture. From the start, their was goal was to set up 100 spas nationwide.  “Very early on, we were putting any money we earned into setting up the legal contracts and structures for a franchise system.  We opened the first endota spa in late 2000 and sold the first two spas in 2002.  By that time we already had 4 locations, which we on-sold pretty quickly”.

Not surprisingly, women run most of the endota spa franchises and the two founders believe they bring “genuine care and a level of understanding and empathy for the busy lives that endota spa clients lead”.

“Both our customers and our franchisees come to endota to build their confidence and to feel better about themselves. For franchisees specifically, we have seen so many of our business owners gain enormous confidence from running their endota businesses.  They start out a little apprehensively but before long, they are confidently negotiating situations they could not have imagined handling before they began.”

For the two founders, the core of their offering is all about giving customers confidence.  “You arrive feeling tired, harried, stressed.  You leave feeling like anything is possible; even if that valuable ‘anything’ is an afternoon nap!”

“As a result, our spas have an eco-architectural feel.  And both men and women feel at ease in our spa environments.  They are appealing and aesthetically pleasing without being intimidating.”

True to their values of empathy and genuine care, their advertising and promotional strategies are all about connecting into people’s spaces in a personal way.

“We put out ‘calendota’ every year. It’s a desk calendar our clients look forward to and give pride of place on their desks and benchtops.

“We also use social media in a very personal way; responding to each social media message and image that mentions us.  Radio is another favourite medium for us; we do radio ads around key gifting times of the year, and a number of our spas work with their local radio stations to do guerilla marketing-style campaigns.”

Maintaining a consistent brand message across the franchise network is a constant challenge and one that the dynamic duo does well.

“We hold an annual conference and gala awards dinner annually.  This is an opportunity for the spa owners to network with each other and with Support Centre staff, and for our top performing business owners to be recognised among their peers.  It is also our key opportunity to impart big pieces of information, and inspire the franchisees with guest speakers and ‘what’s next’ presentations.”

“Once a month, we issue a newsletter which contains everything pertinent for the business owners to know for that month and gives even our most far-flung business owners a sense that they are part of the larger endota family.”

It has been a long road but Melanie and Belinda are forging ahead with new partnerships and a major head office makeover.

“This year, we forged a partnership with BUPA, and as a result, the endota brand has appeared on national television with some regularity.  For our spa owners, this has been a big thrill, and great recognition of the hard work that they – and we – have put into building an organisation with national presence.

The girls have always dreamt of creating a head office space as divine as their spas.

“Now, we have finally created a support centre [located on the Mornington Peninsula] that reflects the brand and the value that we place on a really great working environment. There is a wealth of great people to employ on the Peninsula who share our values, and want to work with endota for reasons beyond career advancement and cash, and we are only too happy to establish ourselves as a key employer in this amazing part of the world.”

With over a decade running a highly successful business, Melanie and Belinda believe that one should “never rest on your laurels.”

“We actually have to remind ourselves to celebrate the big milestones, because usually when we reach them, we have already moved on to focusing on the next big project on the horizon.”

“We watch what is happening overseas, and we make sure that we are not so focused on looking inwards at the company that we fail to see what is coming up in the wider industry.”

“We’re also big on intuition. We started endota by creating the spaces, services and treatments that we ourselves wanted to experience, and that is still our compass today.”

Melanie and Belinda believe that while work is important, family is paramount. They support staff in establishing work schedules that work for them and the company, which results in great productivity and exceptional loyalty.

“There is a lot of support, a lot of ‘sharing the load’, and an organisation full of people who are flexible, hardworking and who, like us, appreciate that there is huge value in living a great life.”

“We both have young children as do many of our employees.  We want to support those employees, mostly women, in setting up their work schedules to compliment their lives.  We’re all in the same boat.”

Have you visited an endota spa? Read up or find their locations at www.endotadayspa.com.au.

If you’d like to be featured on Woman of Influence, pitch your story here. 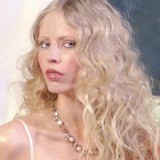 Why Charity And Giving Is Addictive

0
Mia Freedman: Making a Mother of a Mogul
Blonde Ambition: The Tragedy And Triumph Of Rhondalynn Korolak