Editor’s Note: We jumped at the chance of speaking with Nancy Kanter, an Emmy Award winning expert in children’s television, when we learned of her visit down under for the ASTRA conference. She presented a case study on the global launch of series “Sofia the First” and we were delighted with the opportunity to chat. Our new Sydney ambassador Elisa Limburg had the privilege of interviewing a woman of influence. Enjoy, Robelen x

It’s not every day you get to speak to someone so influential in worldwide kids’ television and who heads a company known on every liveable continent in the world.  I had the pleasure of chatting to the Senior Vice President, Original Programming and General Manager, Disney Junior Worldwide, Nancy Kanter.  I was blown away by how lovely and humble she was considering her achievements.

Nancy Kanter started her career as an editor in film (and won an Emmy Award).  She produced ABC Afterschool Special and several award-winning documentary films for public television.  She served as an Adjunct Professor of Film at Hunter College, City University of New York.  She was President of Bluecow.com, an internet site for kid’s entertainment.  Nancy was also Executive Producer for Sesame Workshop (formerly Children’s Television Workshop) and supervised the production of over 30 Sesame Street specials including ‘Elmo Saves Christmas’.

Nancy is responsible for the development and production of creative content for Disney Junior.  She also oversees strategic direction for the multi-platform Disney Junior brand on TV, digital and radio platforms.  Disney Junior’s main audience is kids aged 2-7 years old and is available to more than 99 millions homes in the US and millions of other viewers on 33 Disney Junior channels and free-to-air broadcast partners around the world.

How did you get to where you are today?

I believe a bit of luck, and I always had a passion for storytelling.  I grew up in a rather conventional home and always had my nose in a book.  My first job was as a film editor.  I then just seemed to naturally move into kids television which I loved.  It was coincidental that I had my own kids and was more aware of what they were watching when I started working in children’s television.  We brought our kids up to be quite liberal, I always encouraged them to watch television with a critical eye, to question things rather than just accept them.

How do you find working in television now as opposed to when you started?

Television now is a lot more competitive than it used to be.  There are a lot more programs and the way that kids are watching TV and consuming content is very different.  There is a lot more accessibility in terms of the types of platforms and devices kids can use, such as obviously TV but also now iPads, mobile phones, etc.  In terms of programming, as broadcasters we have to be more creative and smarter on how we develop characters and stories.  We need to provide characters that are good models for children and as a mother, I’m very conscious of representing on TV what I would want my kids to see, as I know kids will naturally imitate what they see.  It’s important to have stories that are not too preachy but have a great story that kids can identify with and are emotionally drawn into.  Although kids are consuming more television these days, and studies have shown linear TV is on the increase, as long as parents have some control over what they’re watching and building good relationships with them, then it’s okay.

Who or what has helped you throughout your career and kept you going?

My husband has always been very supportive which has helped a lot.  Extended family have also been helpful.  When I had my very first job in film I had a mentor who had a lot of impact on me.  Her name was Dede Allan, she edited films such as Bonnie and Clyde, Dog Day Afternoon and The Breakfast Club.  She sadly passed away a few years ago.  She was like a creative mentor for me and helped instill a great work ethic as she always gave 110% to everything.  She helped me understand storytelling better and why things were edited a certain way to have meaning and certain outcomes.  She also taught me how to lead a team.  It was a while ago that I worked with her, but I realise now just how much she taught me.  It didn’t make a difference to either of us that we were both female as we just had a connection and got on well, I didn’t intentionally seek out a female mentor, it was just a coincidence.

What motivates and inspires you?

Great ideas inspire me.  It might be a great idea for a character or a story but you have to be committed to it.  In my industry, especially with animation and a long production schedule, you have to be prepared to work on a daily basis with this character and story for a long time.  If it doesn’t feel like it’s working from the beginning then it’s probably not a great idea.  Overall, with my life if I’m happy with my work, I’m happy at home, as a wife and a mother, and I’m a better mum if happy and working.  They all relate to each other.

How do you balance work, life and being a wife and mother?

My husband and I have a good sharing relationship.  We’ve always been able to juggle our routines together and share the load, which is a big help.  If you love your job enough, you just seem to make it work.  Sometimes when my kids were younger (they’re now in their 20s) I had pangs of guilt leaving them in childcare and going off to work, but I think every mother understands this is part of life and sometimes there are trade-offs.

How do you find being a woman in what is often a male dominated field?

At Disney there are a lot of women in the office, many in senior positions.  Anne Sweeney is an example of a lady who’s done really well.  She is Co-Chairman of Disney Media Networks and President, of Disney/ABC Television Group.  It really shouldn’t be about what gender you are, if you have the talent and drive and are patient enough to get your break you’ll succeed.  There are a few areas of the television industry where females are lacking such as directors and animators.

What do you think of the recent controversial announcement of Marissa Mayer’s (CEO of Yahoo) ban on working from home and abolishing flexible workplace arrangements?

I, like many others, don’t really know what goes on in Marissa Mayer’s office at Yahoo, so I can’t really comment.  Every office and industry runs differently, some can allow employees to work flexible arrangements which includes working from home, whereas others just couldn’t operate properly like that.  All good executives want happy teams and most of the time companies are willing to try and accommodate their staff.  As any good leader knows, happy people are usually more productive.

How important is it to keep one’s femininity as a leader/manager and what advice would you give to women today?

It’s important to remain true to yourself and be who you really are.  Sometimes you have to have a thick skin.  There are some women who feel they have to be a bit more aggressive to get noticed in the workplace but that shouldn’t be the case.  You shouldn’t have to change yourself.  Women shouldn’t fall into the trap of being masculine to get noticed.  It’s all about your point of view and how you present yourself.  You need to make judgement on who you’re talking to and how you should address them which is the trick to being a good leader.

If you have a website, blog or business that’s keeping your passions alive, we’ll tweet about you and give you a shout out on the WOMAN.com.au Facebook page. Because we want the whole world to know your story and all the cool things you’re doing. Find out more about #itweetyou here.

Nene King: The Good, The Bad And WTF

“I Wanted to Quit My Day Job.” Bec Derrington 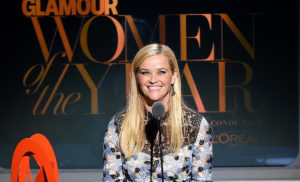 No Any widget selected for sidebar