The Superpower We Already Have

The Superpower We Already Have

Editor’s Note: This article was written by Noah Brand, editor at the Good Men Project, where it first appeared.

It’s another beautiful dawn on the veldt, two million years ago. You’re an antelope. And something appears on the horizon, approaching at a steady lope. As it gets closer, you recognize it as a dangerous predator. No problem; you’re an antelope, and you’re built to run.

You take off in a burst of speed that would blind most species, and the predator recedes toward the horizon. Except that when your sprint ends, it’s still coming. You run again. You run to the limits of your endurance, until the predator is a dot in the distance, until you can’t run another inch. But the dot in the distance is still coming, that same steady lope unchanged. By the time it’s close enough to make you afraid again, you’ve got enough left in you for one more phenomenal sprint, which carries you miles away in minutes.

But the predator’s still coming, and it catches up to you. And it’s got a knobbly stick in one of its gripping limbs, and you’re how that particular homo erectus feeds its family that week. Nothing can beat it.

Nothing can fight it. Some things can outrun it but that doesn’t matter. Because there’s no hack for “doesn’t ever quit” and so nothing on your veldt can compete with that two-legged, goofy-looking predator and its unbeatable strategy. That strategy is called persistence hunting, and there’s strong evidence that it’s how we, humans, evolved as a species.

That it was our first great advantage over the other species, the one that kept us going when the Smilodon and Eohippus gave way to better, more efficient models. The dinosaurs became chickens, and we became as gods. And it wasn’t language, it wasn’t binocular vision, it wasn’t even opposable thumbs. (Not that I’m complaining about the thumbs. They’re terrific.)

Soon, very soon, probably even today, you’re going to want to quit. You’re going to want to just stop wasting energy on this stupid thing and just let it go. It’s okay. That’s a perfectly normal, human thing to feel. But when that happens, try this. Picture an antelope receding across a veldt faster than you can run.

You are better at ‘not quitting’ than anything that has ever lived on this planet. Just remember that.

What’s Your Take On Life? 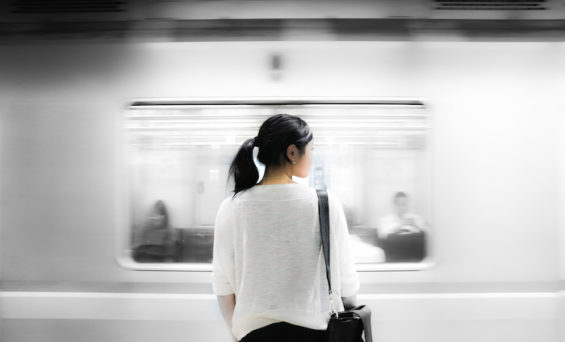 5 Foolproof Ways To Stay Productive And Get Stuff Done

3 Ways To Ooze Confidence Even When You’re Not

What If Women Ruled The World?

0
People Who Succeed vs People Who Don’t
Is The Ban Bossy Campaign A Leadership Mistake?