Storytelling is a talent that comes naturally for Jenny Ryan, an international bestselling author and one of Australia’s leading writers in the world of scifi and fantasy. Published under the pseudonym Jennifer Fallon, she has sold nearly one million books worldwide since 2000.  Ryan has written four trilogies, one tetralogy, an official Zorro story, a novella for the Legends of Australian Fantasy Anthology and has her own superhero – The Violet Valet. She also co-authored both a tie-novel and short fiction for the TV series, Stargate SG1.

It’s little wonder that she has been shortlisted three times for the Australian Aurealis Award, in addition to being nominated for the US Romantic Times Fantasy Fiction Award and the David Gemmel Legends of Fantasy awards.

Ryan’s characteristic writing of non-stop adventure hold its own among the JK Rowlings and Raymond Feists of the world. Currently residing in Oxford, New Zealand, where she pens her epic stories, she also boasts the best “day job” in the world – a month-long stint in Antarctica every year. She also has a wicked sense of humour.

Growing up in Melbourne, Ryan knew she was going to be an author at age 14, writing what she refers to modestly as “a whole bunch of crap for about 20 years” that she never showed anyone. Three children later, at age 40, she finally knuckled down and wrote “something worth publishing” – her first book, Medalon. The first agent who saw the book took her on.  The second publisher gave her a three book contract. The rest, as they say, is history.

Ryan describes herself as a compulsive epic thinker and believes stories, whatever the genre, should be a “ripping yarn”. “I really wanted to be Wilbur Smith. In my 30s, I began to realise scifi and fantasy offered me the sort of playpen where my stories would sit well. I had a young family, was flat broke, and there was no such thing as Google in those days. Research was far easier in a world I created than the real one.”

Ryan finds inspiration in everything.  “I remember my accountant asking me once where I got my inspiration, to which I replied, ‘from everything’. He rubbed his hands together and said ‘Good, that makes everything tax deductible’”.

Even with multiple international bestsellers, the publishing business is cut-throat and one Ryan finds to be “frustrating beyond belief”. And the only way to stay on top of her game is to do what she does best – write ripping yarns.

Understandably so. Ryan reveals there is but a handful of successful female writers in the scifi genre.  “It’s becoming less so [dominated by male writers], but there is still a disturbing level of misogyny out there. Although the ranks are swelling in the fantasy genre. Incredibly, I’ve met men who were impressed that I was an author but confessed they would never read a book (any book) written by a woman. I fear they were the rare few willing to admit it, but I do believe there is a mistaken belief out there, particularly in scifi and perhaps less so in fantasy, that women write romances and men write the meaty battle stuff. I have lots of male fans, but I still get hundreds of fan letters from men who say, essentially, ‘you write so well I thought you were a fella’. It’s frustrating, but there is a sound marketing reason JK Rowling wasn’t published as Joanna Rowling, you know.”

On the surface, the road to international bestselling books seem to have come easy for Ryan, but it’s not quite so. Writing epic stories the Fallon way and raising a young family can both be all-consuming passions. “When I was being a great mum, I wasn’t writing much at all. There is a reason I didn’t get published until I was 40, and it wasn’t because I couldn’t write – it was because I had three children by the age of 22 and I was busy keeping a roof over our heads and food on the table – and being a mum. It wasn’t until the kids hit their teens that I started to hear them mutter darkly in the background, ‘don’t bother asking her anything, she’s writing’”, she recalls.

Her children, who are now of adult age, are among her biggest fans. Ryan’s son, David Tonkin, a Melbourne-based ballroom latin dancer and aspiring visual effects animator, is always in awe. “When I think she couldn’t achieve anymore in life, she goes and does something else amazing,” says Tonkin.

Like the annual stint in Antarctica, for example. Not only is Ryan one talented writer, she is also an IT expert working for Antarctica New Zealand. Her role requires an annual trip to Scott Base where she is flown courtesy of the US Air Force in a Globemaster C17 (why, of course!) to train up new seasonal staff on their computer systems.  “It’s not nearly as glamorous as it sounds. I spend most of my time inside staring at a computer monitor – not dissimilar to being a writer”, she says.

Ryan firmly believes that writing is not a career choice. It’s a calling. “If you idly think you might like to write a book someday but you’ve never felt the urge to put anything down into words, you probably don’t have the drive to see yourself through the long solitary times where you are grappling with just you and an idea that won’t leave you alone until you’ve wrestled into shape with words.”

“Every published writer I know would write whether they were published or not. It’s not about the publishing. It’s about needing to put your stories down on paper. The publishing is just a way of keeping score, really. If you have to write, then you’re a writer”.

If you have a website, blog or business that’s keeping your passions alive, we’ll tweet about you and give you a shout out on the WOMAN.com.au Facebook page. Because we want the whole world to know your story and all the cool things you’re doing. Find out more about #itweetyou here. 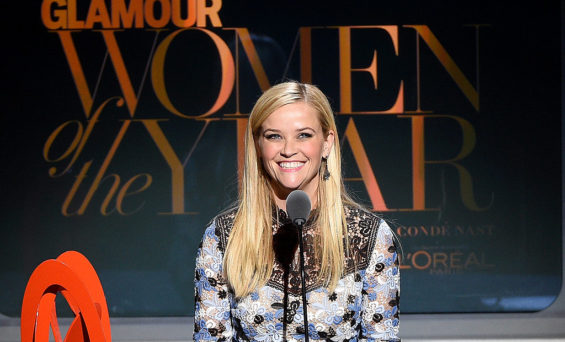