“Nothing stays the same. Everything changes. This is merely but a moment in time.”

I’ve been suffering from something.

No, not something physical, although at times, it can feel like a huge albatross hanging around my neck. And, nothing really helps – except time.

It is of course the one thing no writer wants to get: writer’s block. This is a bit of a nightmare when you’ve just nabbed a writing gig and and the words don’t come.

But the recent death of Phillip Seymour-Hoffman from drug overdose seemed to lift my block. His death somehow compelled my fingers to the keyboard. Because yet another young man, though not one I knew, had died when he seemingly had everything to live for.

I’ve become somewhat accustomed to loss. I know how his family is feeling right now. And it’s not nice.

The first man in my life to lose his life had me spinning out of control into a pit of misery. My 33 year old brother, whilst sitting in a University class, dropped dead. I realise that sounds dramatic but it’s exactly what happened.

They call it SADS. Sudden Adult Death Syndrome. Like SIDS in kids.

People thought he was joking, “Oh look, there’s Justin being funny.” Until someone realised it was no joke. It was real. People tried to resuscitate him to no avail. Eventually, the adjoining classroom heard the commotion and somehow, someone with medical expertise entered the room and gave him correct CPR. It still didn’t matter. He was a big boy and nobody’s hands could do what his beautiful heart could.

After the ambulance workers arrived and got his heart going, the massive task of getting him out of the classroom caused a big delay. The only way my brother could be transported down a winding staircase was by several big burly firemen who eventually came and got him into the ambulance. An hour and a half later, he was delivered to the hospital which was just five blocks down the road from the school. By then, his brain had starved of oxygen.

Doctors quickly upgraded their diagnosis from cardiac arrest to brain injury. They cooled him down with ice and put him into a medical coma. It was then that my family received a gift. You see, the medical experts already knew what we didn’t. That my brother wasn’t coming back. They knew that the day I had hugged him and told him I loved him, I would never get to do so again. They already knew whatever it was that had been in him, that made him the person he was, was gone. He was moved to ICU on life support and the doctors gave us the gift of eleven days to come to terms with what had happened. Eleven days to say goodbye.

And so, after those eleven days, as we turned the machines off and held him in our arms, my brother left this world and went into another.

As I whispered in his ear “go to the beautiful light”, he did.

We celebrated his life. We cried. We still cry. We will never stop crying.

The next man to depart from my life did so just over twelve months later. This time I was expecting it. My dad had suffered dementia for a long time.

I know people know this, but I feel I have to say it again. It is just horrible.

Every ounce of your dignity is stripped, you lose independence and your mental and physical state declines to that of a newborn  – unable to move freely, feed, wash or even speak. Someone else must do everything for you. And it doesn’t happen over night. It is a slow death, one you experience every day in little ways. One day, you forget how to turn on the shower. The next you forget if you showered at all. Then you forget how to shave or make a cup of tea or open a jar, and the list goes on. In my father’s case, the end came when he fell and broke his hip. I knew it was probably getting close to the end, but still I had hope that he would open his eyes one last time and say the name he gave me: “Bronwen”. 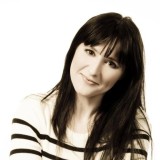 Why Gender Equality Activism Is A Little Patronising

0
“I got 99 problems and palsy is just one.”
Lauren Conrad Cuts Sexist Question With Sharp Wit
comments