Philippines outranks leading economies in Asia Pacific such as Singapore, Australia and New Zealand, placing 5th in the Global Gender Gap 2013 report which rates countries according to an index that compares relative gender gaps.

The report, which is published by the World Economic Forum, measures key metrics such as access to education and healthcare, economic participation and political empowerment.

This means that Iceland, Finland, Norway, Sweden and Philippines are the top places to be a woman.

European countries dominate the top 10 list, the UK is 18th and the US is 23rd. Australia at 24th, gains one position from previous year.

The Philippines, at 5th, is the highest ranking nation in Asia and the Pacific advancing three spots from 2012, and continues to lead the way alongside New Zealand at 7th place.

What is interesting is, the G20 group of leading industrial nations is not represented in the top 10.

The World Economic Forum explains the report in this excerpt:

The Global Gender Gap Index was developed in 2006, partially to address the need for a consistent and comprehensive measure of gender equality that can track a country’s progress over time. The index points to potential role models by revealing those countries that – within their region or income group – are leaders in dividing resources more equitably between women and men than other countries, regardless of the overall level of resources available.

The Global Gender Gap Report 2013 emphasizes persisting gender gap divides across and within regions. Based on the eight years of data available for the 110 countries that have been part of the report since its inception, it finds that the majority of countries covered have made slow progress on closing gender gaps.

The index continues to track the strong correlation between a country’s gender gap and its national competitiveness. Because women account for one-half of a country’s potential talent base, a nation’s competitiveness in the long term depends significantly on whether and how it educates and utilizes its women.

For the full report, visit The Global Gender Gap Report by WEF. 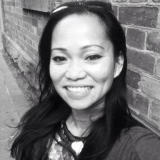 Why We Need To Teach Our Children To Be Makers